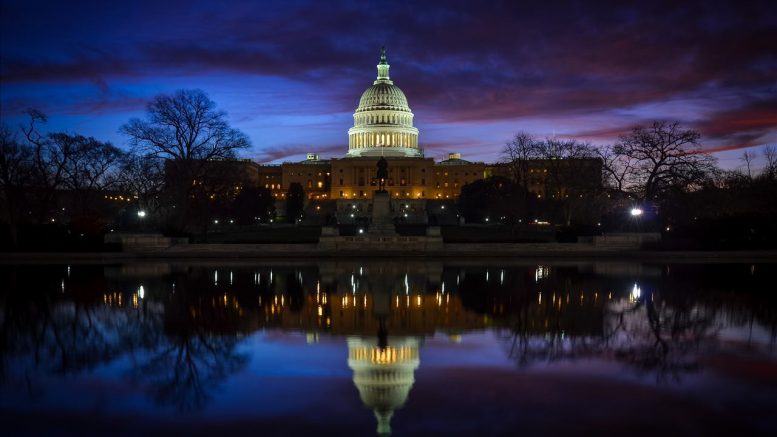 Donald Trump’s victory in the US election has confirmed that the Brexit vote was not just some historical oddity but the first manifestation of what we now know is a shift in the foundations of western democracy.

All the reference points for where we were going are now gone.

What lies ahead is impossible to predict, except that where the world goes from here is in the hands of a new movement.

It is a movement which fundamentally rejects what, before the Brexit vote, had been the guiding principles of liberal western democracy since the aftermath of World War II.

The core principles of the post-WWII world – the breaking down of national borders, the free movement of people and goods, the creation of international institutions to share the challenges of solving cross-border problems – have been rejected by the voters in the first and the fifth most wealthy western democracies.

Majorities of those who voted in the British referendum and the US elections feel disconnected from this world order. They not only feel that they have failed to benefit from the way the world now works, they are angry and resentful. They have decided to gamble on change for which there is no road map, for which those who convinced them to reject the existing order have sketched only the vaguest alternatives.

It says much about how deep the resentment and disillusionment goes that majorities in Britain and the US have decided to gamble on unknown change.

It is a deep indictment of those who have championed and pushed forward the old order that they failed to recognise and respond to the mood that has now brought about what will be an era of uncertainty and risk.

The Donald Trumps and the Nigel Farages who led the revolt that has turned the world upside down exploited the sense of alienation and anger that has propelled their movements. Much of the establishment – especially the media – responded with derision and ridicule to these leaders without acknowledging and trying to understand why these populists were gathering followers.

When Farage said that the polls predicting a Clinton victory were wrong and that they did not pick up hidden Trump voters who did not want to tell pollsters who they preferred, few listened, including financial market players who backed a Clinton victory with trillions of dollars in investment in the last couple of days before the US vote.

This is despite the recent, raw lesson that the Brexit vote gave about the need to be cautious about opinion polls which failed to detect these hidden voters.

Much that political, business, and financial elites stood for now is in jeopardy

What chance, for example, of concerted global action on climate change?

What chance of global co-operation to deal with the migrant crisis?

What happens to NATO?

What happens to the Atlantic alliance?

There can also be no denying that there is a powerful “race” factor in both the Brexit and Presidential election votes. Both Britain and the US are more deeply divided on racial-ethnic lines.

And so, what chance that the European Union can resist the tides that have been set in motion by the British and American votes, especially as it is riven with division over the issues of immigration and refugees.

Europe is, in reality, the last line of resistance to the populist nationalism that has swept across the US and Britain and rejected the liberal ideals that underpinned western democracy’s success after WWII.

It is deeply ironical that the global elites – especially in the United States – who long scoffed at Europe will now have to look to Europe to lead the fight for salvaging the post WWII order that led to the creation of the European Union.

November 9 is the 27th anniversary of the fall of the Berlin Wall.

But nearly three decades later, Europe has fallen far short of the hopes of a new age of peace and prosperity that that great moment of optimism promised.

In the state that it is now in, is Europe capable of resisting the call of Trumpism that will have as its symbol the building of a gigantic wall to divide America from its Mexican neighbours?

The problems that the Brexit vote posed for the European Union are certain to be deeply compounded by a Trump presidency.

Even the suggestion that Europe is the last hope of salvaging the values and ideals that the Brexit and US election voters rejected will cause the victors in both of these contests deep mirth.

But Europe will have to take up the challenge of leadership it now faces. Not to do so would be a betrayal of the ideals for which it was created.

The psychology of government

What dark forces lie behind the Brexit façade?

Tangle Trade Talk: when economic viability is at stake