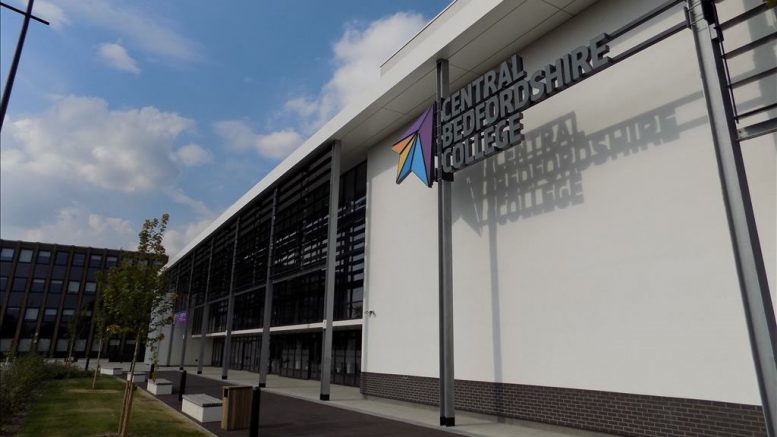 Financial backing: for every £1 invested in Central Bedfordshire College, society receives £5.30 in return

If the government wants apprenticeships to succeed, it needs to do one of two things; take further education out of the political arena and let it get on with its work, or put it at its heart.

A recent cost-benefit analysis of Central Bedfordshire Further Education College, carried out by Emsi, a research company, found that for every £1 students spent on their education in 2014-15, they will yield £5.40 in higher wages during their working lives; an average 17.8 per cent annual rate of return on their investment.

For the £38.3 million that society as a whole invested in the college in 2014-15 through direct outlays in funding, and through the loss of potential output from students who spent time at the College rather than working, UK society as a whole will receive a present value of £204.9m over the course of the students’ working lives in the form of an expanded tax base, social benefits related to reduced crime and lower unemployment, and increased health and well-being.

With a return like that, you might expect to see further education at the heart of the government’s skills strategy. The reality though is very different.

Supplying the skilled workforce that will enable the UK to compete in a global market has been an intractable problem that successive governments have wrestled with for over 40 years. Rather than locating further education at the centre of the skills supply strategy, governments have tended to err on the side of blaming the sector for the problem.

The penny has not yet dropped though, about the really good deal it could get, if [the Government] created a clear mission and vision for the sector, and gave it the leadership it needs

So where does the problem lie? Are further education (FE) colleges just not very good at what they do? Or is it something to do with the government’s skills strategy itself?

Central Bedfordshire College is a typical, general FE college. It offers vocational education and training to 16-18-year-olds and adults in subjects such as construction, engineering, hospitality & catering, hairdressing & beauty therapy and childcare. Like schools, the college offers GCSEs to 16-18-year-olds and, like universities, it offers foundation degrees to adults. It runs courses such as English as a second language in community locations, and apprenticeships in work-based settings. It also welcomes and delivers discrete programmes of study for students with learning difficulties and/or disabilities. In 2015-16, 47 per cent of the college’s adult skills budget was spent on courses for unemployed adults trying to get back into work.

So, what is the college’s main purpose? The answer to that question is important to address the UK skills supply problem. The lack of an answer has led to successive governments tinkering with the problem rather than solving it.

The tinkering started back in 1976, when Prime Minister Jim Callaghan famously asserted that British education was not good enough to deliver the skilled workforce the country needed to compete in a global economy, and commissioned the Manpower Services Commission (MSC), sponsored by the Department for Employment rather than the then Department of Education and Science, to co-ordinate employment and training services through a commission drawn from industry, trade unions, local authorities and education.

Since then, successive governments have focused in an uninterrupted way on the connection between education, skills and the economy, with initiatives such as the Youth Training Scheme (YTS), the Certificate of Pre-Vocational Education (CPVE), the Technical and Vocational Educational Initiative (TVEI) and, more recently, the 2004 Tomlinson proposals for the creation of a unified 14-19-year-old education and training system, subsuming academic and vocational qualifications into a single diploma.

The latest government tinkering in the skills supply saga is apprenticeships.

But why would apprenticeships succeed in providing the skills supply that would enable UK businesses to compete in a global market where other initiatives have failed? The answer is they won’t, unless the government is prepared for the first time to create a clear mission and vision for the sector that delivers apprenticeships and, through that vision, the conditions for apprenticeships to succeed. This means:

The government gets a good deal from further education. The penny has not yet dropped though, about the really good deal it could get, if it created a clear mission and vision for the sector, and gave it the leadership it needs. If the government wants apprenticeships to succeed, it needs to do one of two things; take further education out of the political arena and let it get on with its work, or put it at its centre.