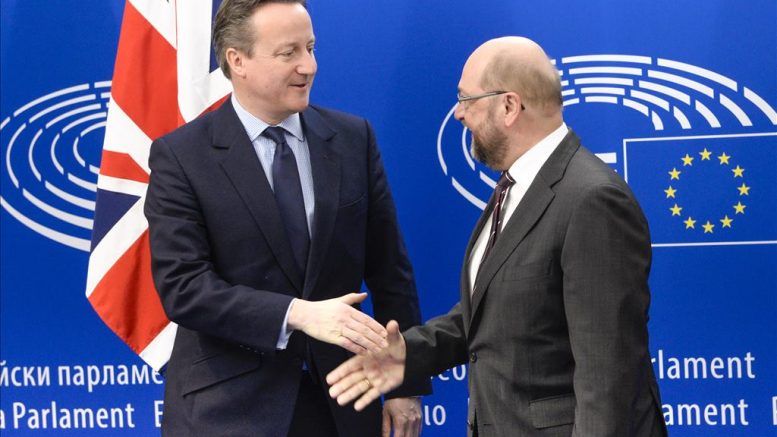 What did David Cameron really believe about Britain’s place in Europe?

As Cameron departs the political stage and hands to his successors the huge task of dealing with the consequences of the Brexit vote, there is still no clear answer to this question.

Yes, Cameron has paid a heavy price for the failure of the Remain campaign. And yes, in the final days of the referendum campaign he argued strongly for a Yes vote. But to what extent was that because he knew he was fighting for his own political survival? It is interesting that Cameron only became passionate about Britain’s European Union membership when it became clear that defeat for Remain was a real possibility and that, if the referendum went down, he would go down with it.

In his just published inside account of the referendum campaign, Sir Craig Oliver, former senior political adviser to Cameron, levels heavy criticism at others for the failure of the Remain campaign.  Theresa May and Boris Johnson, in particular, are targeted.

But the defeat of the Remain campaign was always a real prospect, long before those final frantic days in which Cameron felt let down by his senior colleagues.

Back as far as January, 2013 when Cameron made the speech which confirmed that he intended to conduct a “simple, in/out” referendum before the end of 2017, the possibility that British voters would choose Brexit seemed to be of little consequence to the Cameron team.

There was no passionate argument from Cameron then in favour of remaining in the European Union. His speech is worth re-reading because, in declaring his intention to give the final say to voters about Britain’s future in Europe, Cameron gave an awful lot of ammunition to the eurosceptics.

Cameron set out terms for the referendum campaign that tipped the odds in favour of the No campaign. He did this by conceding that the Britain-EU relationship was deeply flawed and that Britain’s future membership would depend on renegotiating the terms of membership and then asked voters to approve them – but without defining the threshold changes on which a vote to remain would depend.

It was only at the 11th hour that he returned from Brussels waving an agreement that he argued met Britain’s demands. It looked like a public relations exercise compared to the fundamental issue on which the referendum results was going to turn – how Britain could retain all the benefits of being in the single market without meeting all the other obligations of EU membership, especially the free movement of people.

Over four decades of close observation of politics in Europe and Australia, to me it was clear that Cameron’s fight for Britain’s best interests was a very poor example of leadership – assuming that he really did believe it was fundamentally important for Britain to remain inside the European Union.

History shows that complex issues of national importance about which there are strongly competing arguments require passion and constant advocacy on the part of political leaders seeking a popular mandate. This is especially so when faced with populist opponents willing to tap into the fears of people faced with trying to comprehend complex propositions.

From the very outset of the national debate that Cameron triggered in January, 2013, it was clear this was an exact description of the challenge he faced from the Brexit campaign.

The best example I have seen of a leader prepared to risk everything to passionately persuade voters to accept difficult change was in Australia in the 1980s when left-of-centre Prime Minister Bob Hawke and his chief economic minister, Paul Keating, adopted an economic reform agenda hated by their traditional, working class supporters but for which they won public support and transformed the Australian economy from a heavily protected, inefficient and slow-growing basket-case to a modern wonder, now enjoying more than a quarter of a century of continuous growth.

In the case of Cameron and his defeat over Brexit, there could hardly have been a starker contrast.

For democracy to succeed must Brexit fail?

The big read: Life under the all-seeing “I”

Be the first to comment on "Opinion: A question of leadership"