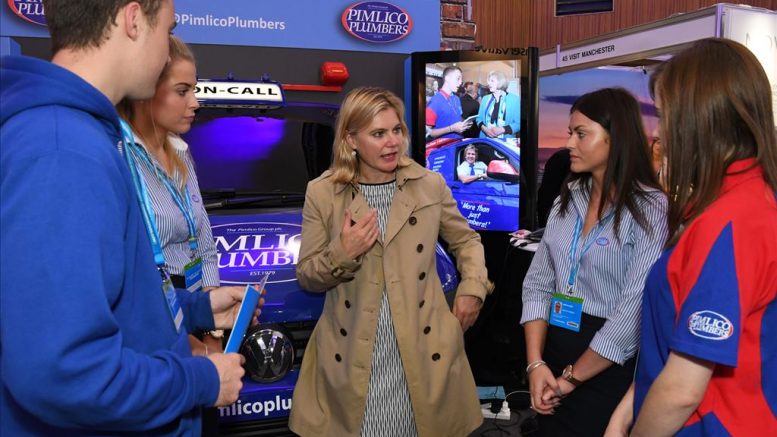 Four out of 10 businesses have no understanding or have not heard of the Government’s revamped apprenticeship levy and more than half do not understand the funding reforms that accompany it, a survey conducted for the British Chambers of Commerce has found.

Marcus Mason, Head of Education and Skills at the BCC told Chief-Exec.com yesterday that businesses valued apprenticeships, but it was important to get the reforms right from the beginning.

“The government is simultaneously reforming the way apprenticeships are designed, assessed and funded – about as straightforward as changing the car engine while racing down the motorway,” he said.

“The government is simultaneously reforming the way apprenticeships are designed, assessed and funded – about as straightforward as changing the car engine while racing down the motorway”

A Department for Education spokeswoman said today that a guide for employers had been published showing how the levy would be paid and how to access the digital system. Employers could also use an online calculator to help them understand how much levy they would pay and how they could use their digital funds to pay for training.

“For too long, far too many employers have under-invested in the skills of their employees compared to other countries,” she said.

“It is time to change that and ensure all employers play their part in improving productivity and social mobility. So we are working in partnership with employers to implement major reforms.”

A spokeswoman for the Minister confirmed that the Government was committed to spending £2.5bn on apprenticeships. That figure did not include any European Union funds, she said. 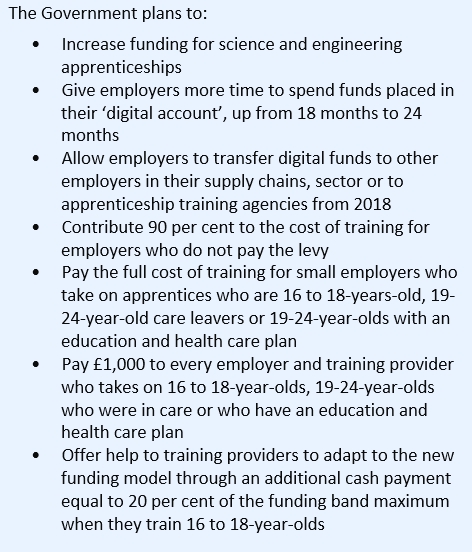 London’s deputy mayor for planning, regeneration and skills Jules Pipe said he was pleased that the government had heeded Mayor Sadiq Khan’s concerns about the capital’s  apprenticeship funding proposals and decided to conduct a fuller review into the best way to support individuals from all backgrounds into apprenticeships.

“We are also urging government to recognise that the cost of training is significantly higher in London, reconsider its proposal to remove the Area Cost Adjustment and consider granting greater freedom and flexibility around how much funding levy paying employers can direct to other employers within their supply chains,” Mr Pipe said.

“[The mayor] continues to lobby for unspent levy raised by London-based employers to be retained for the benefit of the capital.”

The survey, run by BCC and supported by Middlesex University, was conducted in August 2016, and had more than 1,600 respondents. It found that businesses were seeking greater clarity from government on their new responsibilities.

Mr Mason said: “Lessons can be learnt from other policy areas, such as pension’s automatic enrolment, where mass marketing and effective communication rapidly raised awareness among the business community”.

He said the government’s current plans only allowed businesses to spend their levy money on apprenticeships, therefore excluding all other forms of equally valid training.

“There is a prevalent fallacy in government that apprenticeships are the only game in town when, in fact, many firms use a wide range of training for their staff. A good training levy should recognise this, which is what happens in other countries.

“It is no wonder our research shows that half of UK businesses don’t expect to recover all of their levy payment – if the terms of the levy are not broadened, it will simply feel like a tax.”

Mr Mason said a levy system that was not flexible would encourage all kinds of “unhelpful behaviour” for employers who would be driven to convert existing valid forms of training into apprenticeships.

“A re-badging exercise benefits no one. What matters is that firms can use the funding in ways that best meets their training needs. As it stands, our research shows not many businesses think the levy will dramatically change their training outlook.

“There is a big opportunity to create an apprenticeship system that meets the needs of businesses and learners. But the reforms need to be appropriately communicated, allow businesses to support training that suits them and focus on driving up quality. By getting this right, more firms will come on board and the numbers will naturally increase as a consequence.”