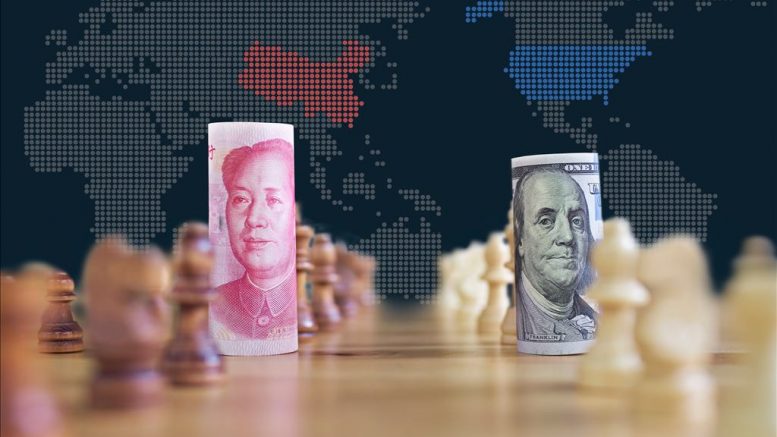 A sovereignty crisis of a different kind

How the EU confounds its critics

2020: a year of extreme weather and extreme politics

Boris for PM offers succour north of the Border

May resigns – and Johnson is waiting in the wings

Leadership, or the sad lack of it

Can the United Kingdom as currently constituted survive Brexit? Probably not, suggests Murray Ritchie. Later this month Britain’s House of Lords will debate the future…

NHS pay rise offer is a kick in the teeth
Health unions have accused ministers of failing in their “moral duty” to NHS staff by offering a 1 per cent pay rise instead of the 12.5 per cent they asked for. Ministers said that the economic damage inflicted by the coronavirus meant that big pay rises were unaffordable, pointing out that NHS staff would get a rise denied to other public sector workers. Doctors and nurses called the award “pitiful” and a “kick in the teeth” after their work during the pandemic. Economic forecasts suggest that it may amount to a real-terms pay cut. Labour accused Rishi Sunak, the chancellor, of being “too cowardly” to mention the figure when delivering his budget. Boris Johnson was already on the defensive over what the Institute for Fiscal Studies called “implausibly low” spending plans, including a £30 billion reduction in healthcare budgets next year, and a lack of social care reform 20 months after he promised a plan. The Times, March 5

Immigration rules change to fill NHS vacancies
Priti Patel tweaked immigration rules yesterday to make it easier for the NHS and social care providers to recruit staff from abroad after the Covid-19 crisis. Senior care workers, nursing assistants and pharmacists are among several professions that were added to the government’s list of occupations with labour shortages. It will be easier for foreign workers in these sectors to obtain a skilled work visa in the UK as long as they are offered a job with a salary of at least £20,000. The government also announced that its new two-year visas for graduates will open for applications in July. All international students will be able to stay in the UK for up to two years after completing their degree without having a job. It reverses Theresa May’s policy that allowed international students to stay for only four months after finishing their studies. The Times, March 5

EU to launch legal action against UK ‘very soon’
Brussels has warned it will launch legal action “very soon” following a move by the UK to unilaterally delay implementation of part of the Brexit deal relating to Northern Ireland. The European commission vice-president, Maroš Šefčovič, said the announcement by the government on Wednesday had come as a “very negative surprise”. David Frost, the Cabinet Office minister, said the UK was extending a series of “grace periods” designed to ease trade between Northern Ireland – which remains in the EU single market for goods – and Great Britain while permanent arrangements are worked out. It provoked a furious response in Brussels, with the EU accusing Britain of going back on its treaty obligations in the Brexit withdrawal agreement intended to ensure there is no return of a hard border between Northern Ireland and the Republic. In an interview with the Financial Times, Šefčovič – who is responsible for overseeing the implementation of the agreement – said the European commission was now working on “infringement proceedings” against the UK. The Guardian, March 5

Italy uses EU rule to stop the export of vaccine
Italy and the EU have blocked a shipment of Oxford-AstraZeneca vaccines heading to Australia from a factory near Rome as anger simmers in Europe over the slow supply of doses. The decision to stop 250,000 doses leaving the bloc is the first time a rule on controlling vaccine exports has been used since it was introduced last month … Australia was to start inoculations with the Oxford vaccine today. Scott Morrison, the Australian prime minister, said that the blocked shipment was understandable and would not affect Australia’s vaccine programme. “This particular shipment was not one we had counted on for the rollout, and so we will continue unabated,” he said. He also expressed sympathy for the high rate of the virus in Italy. “In Italy people are dying at a rate of 300 a day and so I can certainly understand the high level of anxiety that would exist in Italy and in many countries across Europe,” he said. “They are in an unbridled crisis situation. That is not the situation in Australia.” The Times, March 5

France backs Italy’s decision to block vaccine exports to Australia
France has backed Italy’s blocking of a shipment of Oxford/AstraZeneca vaccines to Australia, as Canberra urged Brussels to review Rome’s move to “tear up the rule book” in a sign of global vaccine supply tensions. “We could do the same,” Olivier Véran, France’s health minister, said in an interview on French television, in response to a question about Rome’s halting of 250,000 Oxford/AstraZeneca doses destined for Australia. Italy’s move is the first intervention since the EU introduced rules for the transport of vaccines outside the bloc, which came in response to delays in the rollout of the Oxford/AstraZeneca vaccine to member states. The commission has the power to object to the Italian decision but did not, officials said. Rome said it had made the decision to retain the shipment because Australia was not considered a “vulnerable country”. Financial Times, March 5

Covid contracts unpublished despite PM’s claim
Dozens of Covid contracts had not been published when Boris Johnson told MPs they were “on the record for everyone to see”, campaigners say. The Good Law Project said the PM’s assurance last month was “not true” because government lawyers had said 100 contracts were yet to be revealed. The group successfully sued the government over its failure to reveal details about Covid deals last month. The government said remaining contracts would be published as soon as possible. The Department for Health and Social Care struck deals worth hundreds of millions of pounds during the coronavirus pandemic. The government is required by law to publish a “contract award notice” within 30 days of them awarding any contracts for public goods or services worth more than £120,000. BBC news, March 5

Tax-raiding budget gives poll bounce to Johnson
The Conservatives have enjoyed a significant bounce in the polls since Wednesday’s budget despite announcing the biggest tax rises in 30 years. A survey by YouGov found that the Tories had established a 13-point lead over Labour. Their budget was the most popular in a decade, with 55 per cent of people describing it as “fair”. The combination of the continued success of the vaccine scheme, the well-received spending plans and the easing of lockdown restrictions was likely to lead to a “strong” Tory showing in the May local elections, the pollsters said. The Times, March 5

Castle in Robert Jenrick’s constituency to be restored using £25m handout
The communities department has awarded the constituency of its secretary of state, Robert Jenrick, £25 million to fund projects including a restoration of Newark castle. Four other ministers have also won money from a government scheme to fix regional inequality. Rishi Sunak announced details of the Towns Fund in the budget on Wednesday, saying that the government would invest £1 billion in 45 towns across the country. Labour accused the government of “pork-barrel politics” – 40 of the towns are in Tory constituencies. Analysis by The Times has found that the constituencies of five ministers who attend cabinet will benefit from £110 million in funding. The Times, March 5

Calls not to weaken UK chemical regulation
Environmental and health groups have urged the UK government not to surrender to chemical industry demands to weaken its planned post-Brexit regulatory regime, warning any such move would “significantly reduce” the ability to protect the environment and public health. More than 20 leading UK organisations, including the CHEM Trust and Breast Cancer UK, said the government would be breaking its promise to enhance environmental regulations after Brexit if it accepted recent proposals by the chemical industry to ease UK regulation. The chemical industry wrote to ministers last month urging a radical rethink of plans to create a British version of the EU’s “Reach” regulatory regime, which it says will generate £1bn in unnecessary costs and make UK industry uncompetitive. The industry called on the government to adopt “a more proportionate, effective and efficient” UK Reach model based around a more risk-based approach and the light-touch registration of existing chemicals that would not reduce safety standards. However, the green groups said the industry’s proposals represented a “major weakening” of the envisaged UK Reach regime. Financial Times, March 5

HK electoral changes as Beijing tightens grip
China’s top lawmaking body has unveiled plans to ensure only “patriots” can govern Hong Kong as Beijing tightens its grip on the city with electoral changes including a vetting process for all parliamentary candidates. In an annual “work report” delivered to Beijing’s most important political meeting on Friday, Premier Li Keqiang also swore to “resolutely guard against and deter” interference by external forces, amid growing international alarm at Beijing’s attacks on pro-democracy voices. Li also pledged to “resolutely deter any separatist activity” in Taiwan, and revealed significant economic and population goals for China’s future, including GDP growth above 6 per cent. The Guardian, March 5

Star Alliance passengers’ details stolen
Data on hundreds of thousands of airline passengers around the world has been hacked via a “highly sophisticated” attack on the IT systems operator that serves around 90 per cent of the global aviation industry. Sita, which serves the Star Alliance of airlines including Singapore Airlines, Lufthansa and United, said on Thursday it had been the victim of a cyber attack leading to a breach of passenger data held on its servers. The American company, which runs passenger processing systems for airlines such as ticketing and baggage control, said the incident occurred on 24 February. Sita took “immediate action” to contact affected customers and all related organisations, Sita said in a statement. The Guardian, March 5