Encipia: The Mechanics of Business 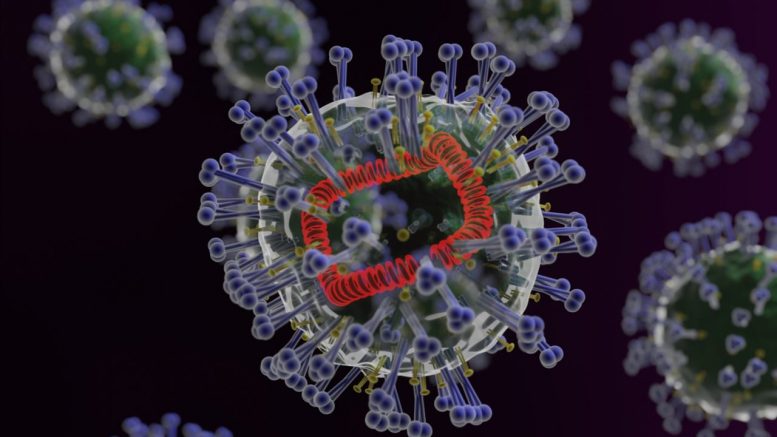 Analysis: Amazon and the power of capital

Analysis: an Apple that just keeps on rising

‘Consumptivity’: the heartbeat of a modern economy

The Labour Theory of Value

Economies on the move – but to where?

Today saw the publication of the latest GDP figures for the UK economy. It grew 0.3 per cent over the first quarter of 2017, according…

Stricter curbs to lockdown England ‘by proxy’
England is heading for a national lockdown by proxy ministers have said after the government announced new restrictions that will put 60 per cent of the population under strict curbs. It announced yesterday that 2.3 million people in West Yorkshire will be moved into Tier 3 lockdown from Sunday night, with pubs closed unless they serve food. A further 3.5m people in 16 areas, including Oxford, Luton, East Riding, Kingston Upon Hull, Derbyshire Dales, Derby and Staffordshire, will be moved into Tier 2 at midnight, meaning that they face restrictions on socialising indoors. The curbs will mean that 21m people are under Tier 2 restrictions and a further 11m under Tier 3, meaning 32m people, 58 per cent of the population, are under higher tiers. The Times, October 30

Rebound in Europe’s economies marred by virus
The eurozone’s four biggest economies outstripped expectations for growth in the third quarter with a rebound from their coronavirus-induced recession earlier in the year, but output remained well below pre-pandemic levels. Quarterly growth rates in the three months to September ranged from 8.2 per cent in Germany to 18.2 per cent in France. Italy reported record quarterly growth of 16.1 per cent, while Spain’s output was up 16.7 per cent. However, there were growing signs of divergence between countries depending on how hard their economies have been hit by the pandemic – with Spain suffering the greatest impact. France’s economic output was down 4.1 per cent from its pre-pandemic level at the end of last year, while Germany’s economy was down 4.2 per cent and Italy’s GDP was 4.7 per cent smaller. That compared with Spain’s 9.1 per cent gap from pre-pandemic levels – reversing its position as one of the fastest growing economies in the eurozone before the virus struck. Financial Times, October 30

Labour turmoil in wake of antisemitism report
Labour was plunged into turmoil after the party suspended Keir Starmer’s predecessor, Jeremy Corbyn, in the wake of a damning report into antisemitism that found the party responsible for unlawful acts of harassment and discrimination. The decision to suspend Corbyn for saying the problem of antisemitism within Labour was “dramatically overstated for political reasons” by opponents and the media sent shockwaves through the party and led to rumours of a split. Corbyn’s rebuff of criticism from the Equality and Human Rights Commission put him at odds with his successor. Moments after Corbyn’s statement was released, Starmer spoke at a press conference where he said those who “pretend [antisemitism] is exaggerated or factional are part of the problem”. Corbyn is understood to have spoken to Starmer on Wednesday night, ahead of the report’s publication, and was reassured there was no plan to take action against him in light of its findings. That changed after Corbyn’s statement was released. The Guardian, October 29

Big Tech resilience to pandemic and politics
The biggest US tech companies set aside their growing political troubles on Thursday to disclose the latest leg of their seemingly unstoppable business ascendance: a stunning boom in digital markets has lifted their fortunes at a time when much of the global economy is hurting. Alphabet, Amazon, Apple and Facebook all disclosed quarterly results on Thursday that showed revenues climbing faster than Wall Street had been expecting in the three months to September. Online advertising markets roared back to life quickly after a coronavirus-induced slump earlier in the year, according to the latest figures. Meanwhile, the ecommerce and cloud computing booms touched off by the pandemic continued unabated, as digital activity soared. The combined sales of the four big tech companies leapt 18 per cent year on year in the latest quarter, to $227bn, 4 per cent higher than expected, while their after-tax profits jumped by 31 per cent, to $39bn. Financial Times, October 30

Trump and Biden duel in critical state of Florida
US President Donald Trump and his Democratic White House challenger Joe Biden have held duelling rallies in the critical election state of Florida. Mr Biden told supporters: “You hold the power. If Florida goes blue [Democratic], it’s over”. Celebrating soaring economic figures, Mr Trump, a Republican, said of his rival: “He’s going to lock you down”. With just five days to go until election day, Mr Biden has a solid lead nationally in opinion polls. But his advantage looks less assured in the battleground states, such as Florida, that will decide who ultimately wins the White House. More than 81 million people have already voted, 52m of them by mail, setting the US on course for its highest electoral turnout rate in more than a century. BBC news, October 30

New Zealanders vote to legalise euthanasia but say no to marijuana
Voters in New Zealand have overwhelmingly opted to legalise euthanasia but have rejected the decriminalisation of marijuana. The country’s election commission released today the results of nationwide referendums on both issues held in conjunction with the general election nearly two weeks ago, in which Jacinda Ardern, the Labour prime minister, was returned to office in a landslide. The vote means euthanasia will become lawful within a year. Ms Ardern, 40 revealed after the referendum results were announced that she had voted to allow New Zealanders to legally use marijuana for recreation. Her support for euthanasia was already known. Of the 2,415,547 people who cast ballots, 65.2 percent voted to support the End of Life Choice Act, which will now come into effect on November 6 next year. However, the move to legalise recreational cannabis and allow it to be grown and sold under controlled circumstances was defeated. The “yes” vote had 46.1 per cent support while 53.1 per cent of people voted “no”. The Times, October 30

Indian airline turns to seaplanes to boost travel
Indian airline SpiceJet is turning to seaplanes to boost travel during the pandemic downturn. The country’s biggest regional airline has approval for 18 seaplane routes. One of these routes is to Kevadia, the site of the world’s tallest statue – a 182-metre tribute to the country’s first home minister, Vallabhbhai Patel. During the pandemic, SpiceJet is focusing on new sources of revenue, including transporting cargo and regional flights using smaller planes. Airlines have struggled during the coronavirus to remain profitable and many have gone bust, including the UK’s Flybe and Virgin Australia. BBC news, October 30

Scientists warn of new coronavirus variant spreading across Europe
A coronavirus variant that originated in Spanish farm workers has spread rapidly through much of Europe since the summer, and now accounts for the majority of new Covid-19 cases in several countries – and more than 80 per cent in the UK. An international team of scientists that has been tracking the virus through its genetic mutations has described the extraordinary spread of the variant, called 20A.EU1, in a research paper to be published on Thursday. Their work suggests that people returning from holiday in Spain played a key role in transmitting the virus across Europe, raising questions about whether the second wave that is sweeping the continent could have been reduced by improved screening at airports and other transport hubs. Because each variant has its own genetic signature, it can be traced back to the place it originated. Financial Times, October 29