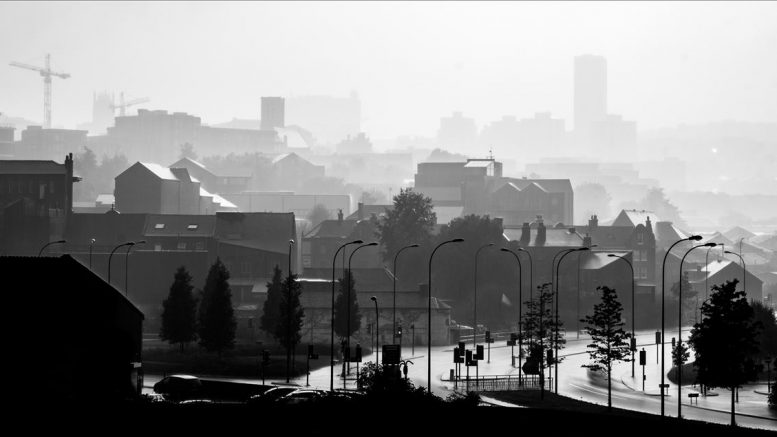 Dutch disease: has the misallocation of investment ‘crowded out’ productive sectors and regions of the UK economy?

It is proving increasingly difficult to identify the benefits Brexit might bring. Now a team of economists based in Sheffield have detected an upside in deflating an over-bloated UK finance sector, writes John Egan.

With her original Chequers proposal comprehensively rejected by both the European Union and her own Tory hard Brexiters, Prime Minister Theresa May must feel as though she is sitting on the floor between two stools.

Following an EU summit in Salzburg in late September, European Council President Donald Tusk concluded that, “the suggested [Chequers] framework for economic co-operation will not work. Not least because it risks undermining the Single Market.”

At last week’s Tory party conference, her erstwhile former foreign secretary Boris Johnson told a packed fringe event: “it is such a mistake for us to leave [the EU] on the Chequers terms, locked in the tractor beam of Brussels”.

A reconfigured Chequers 2.0 faces a tortuous future in its attempt to reconcile these divergent positions.

One of the defining elements of the Chequers plan is the preservation of free trade and frictionless national borders for goods but not services. A ritual sacrifice in this idea is the cutting away of the UK financial services sector that forms 6.5 per cent of the UK economy, with 1.1 million jobs and contributing more than £27 billion in tax to the UK exchequer.

It seems that all parties have given up hope of retaining the passporting rights that would allow unencumbered access to EU markets for UK-based financial services. Banks based mainly in London are now queueing up to transfer relevant parts of their high value trading to Europe.

Quite a loss for the UK economy one might think. But this may not be the case according to The UK’s Finance Curse? Costs and Processes, a new report from the Sheffield Political Economy Research Institute (SPERI) based at the University of Sheffield.

According to this report, “too much finance” has potentially been responsible for an eye-watering £4,500bn of lost growth between 1995 and 2015 – over two years GDP.

‘UK economic strategy in a post-Brexit world needs to make addressing [the ‘too much finance’ problem] the central challenge, recognising that where finance is concerned, more can sometimes be less, and less could be more.’ Professor Andrew Baker

The SPERI report claims the first ever numerical estimate for the scale of damage caused by the UK’s finance sector growing beyond a useful size. It points to three primary causes:

These misallocation effects are estimated to have cost the UK £2,700bn over 20 years, to which should be added the damage directly related to the global financial crisis, which the SPERI report estimates to be £1,800bn.

The inflationary effects of excess finance can spill over into less productive activities such as funding a huge rental property market. By adding an additional category of excess rent with its potential negative social implications to the SPERI calculations, the overall costs rise to £5,180bn, or 3 years of GDP averaged for the 20-year study period.

The “Finance Curse” is not a new phenomenon. Indeed, it was recognised by Adam Smith and other early classical economists. Coinciding with the publication of the SPERI report on Friday, The Guardian published an article on the subject by Nicholas Shaxson, initially derived from his experiences in Angola in the 1990s and how a “Resources Curse” can afflict economies of countries that have abundant natural resources.

A 2012 paper from the International Monetary Fund suggested that economic growth starts to slow when the amount of credit to the private sector reaches about 100 per cent of GDP. In the UK between 2008-2011 this level was over 180 per cent, falling to 134 per cent in 2016.

Professor Andrew Baker, lead author of the SPERI report says, “the ‘too much finance’ problem has been identified in previous studies. For the UK, the numbers are powerful and hint at a deep underlying problem of misallocation, and ‘crowding out’. UK economic strategy in a post-Brexit world needs to make addressing this the central challenge, recognising that where finance is concerned, more can sometimes be less, and less could be more.”

While it is made clear that further research is required, the SPERI report’s primary message is that the UK economy may have performed better with a smaller financial sector from which the finance was “more focused on supporting other areas of the economy, rather than trying to act as a source of wealth generation (extraction) in its own right”.

It is perhaps an under-appreciated merit of Theresa May’s Chequers proposal that such a rebalancing of the UK economy favouring a more productive future might actually contribute in the longer term to the much-heralded Brexit dividend.