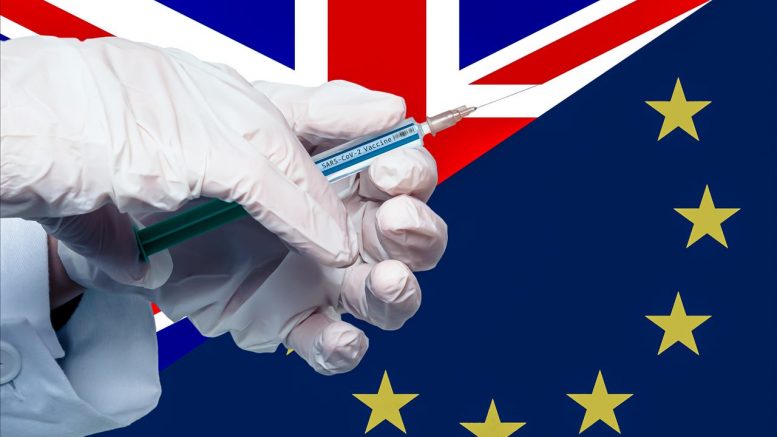 Vaccine nations: an early Brexit bonus? Is the British prime minister now free to gain a benefit for the British people?

“When the truth offends, we lie and lie, until we can no longer remember it is ever there. But it is still there. Every lie we tell incurs a debt to the truth. Sooner or later, that debt is paid.”

In these memorable lines from the series Chernobyl, the writer captures how a mountain of small lies can have a seismic cumulative impact.

Mikhail Gorbachev, the Soviet leader at the time thought so, recounting: “the nuclear meltdown at Chernobyl …, even more than my launch of perestroika, was perhaps the real cause of the collapse of the Soviet Union.”

And so the political battle with ‘truth’ continues.

The loose relationship the UK prime minister, Boris Johnson, has with the truth has been the subject of much comment. Small untruths are cast aside as expected and relatively harmless. Yet, when a whole government inherits this personal tendency, the cumulative effect cannot be ignored.

This week the European Union and the United Kingdom locked horns in their increasingly fractious post-Brexit wrangling on the subject of access to Covid vaccines.

More than nine million people in the UK have been inoculated using a European-sourced vaccine, whereas no European residents have received the same benefit from a UK source.

UK accusations of “vaccine nationalism” by the EU provoked Charles Michel, the European Council president, to accuse the UK of blocking exports of the Oxford-AstraZenica vaccine made in the UK, despite the country receiving more than nine million vaccine doses from Europe. It was an accusation vigorously denied by the UK government.

UK Foreign Secretary Dominic Raab wrote a letter to Mr Michel saying the “false claim has been repeated at various levels within the EU and the Commission”.

His letter is understood by the BBC to say: “The UK government has not blocked the export of a single Covid-19 vaccine or vaccine components”.

Charles Michel later stepped back from his earlier accusation but left the following caveat: there are “different ways of imposing bans or restrictions on vaccines/medicines”.

Glad if the UK reaction leads to more transparency & increased exports, to EU and third countries.

Different ways of imposing bans or restrictions on vaccines/medicines.

EU is providing vaccines for its citizens and rest of the world.

Perhaps this is the reason why. On Wednesday it was reported by the state-owned international news television network, France 24, that the ‘block’ to the vaccine export from the UK to Europe was the result of a contract between AstraZeneca and its partner Oxford University which included an apparent “Britain first clause” that prioritised the UK in the distribution of the university-developed vaccine. At the same time, supply of the vaccine from UK production sites was specified in a contract agreed between AstraZenica and the European Commission.

On the same day the France 24 analysis was aired, Commission President Ursula von der Leyen spoke of the need for “reciprocity and proportionality”, asserting that EU willingness to export to vaccine producing counties must depend on their willingness to do the same.

These comments “surprised” Mr Raab who responded by saying that “it would be wrong to curtail and interfere with lawfully contracted supplies” of vaccines to the UK.

So, when is a lie a half truth? Or a ‘fact’ an answer that simply offers political wriggle room? Only a close reading of the two contracts will provide the answer. Expect confidentiality clauses to be repeatedly cited.

But the consequences of these actions are already apparent. More than nine million people in the UK have been inoculated using a European-sourced vaccine, whereas no European residents have received the same benefit from a UK source.

Yet the UK vaccination campaign has benefited Europe. It has provided evidence of vaccine safety and efficacy across a large comparable population. Information that is important to encourage the more sceptical Europeans of the risk-benefit balance of Covid-19 vaccines, even though the reputations of AstraZeneca and Oxford University have been tarnished.

With Germany joining the list of countries to have suspended use of the AstraZeneca vaccine, here's a reminder that our recent poll showed just how damaged the drug's reputation is on the continenthttps://t.co/rppoUptxIO pic.twitter.com/j8zbKPEYcP

Mr Johnson and his supporters want to have their cake and eat it. For them it is important that the triumph of the UK’s vaccine programme be seen as an early Brexit success story; the Brexit bonus in which a British prime minister was able to put the British people first.

But if the truth remains hidden and if the penalty paid by the EU is a product of deceit, then the lie will owe a debt to the truth that will later have to be paid. 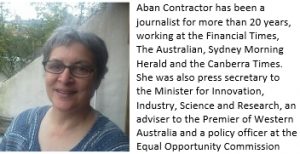 Brexit is now all about the art of the possible