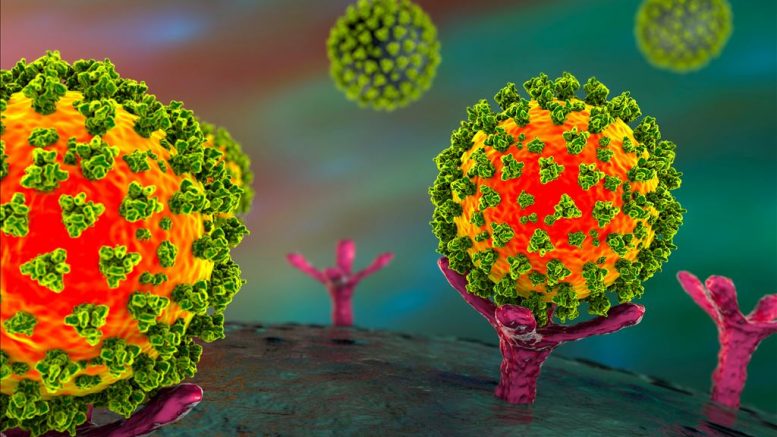 Hold on: coronavirus mutations of the green spike protein improve their grip on the ACE-2 receptor of infected cells.

The language of mutant viral infection and disease is dark and ominous, yet it is describing something that is essentially human – or perhaps the fact that humans are essentially viral, writes John Egan.

On Wednesday a new mutant variant of the SARS-CoV-2 coronavirus hit the headlines. It has a name – E484K.

E484K comes from Kent, England, and it combines the noxious behaviour of an earlier Kent variant B.1.1.7, being more transmissible, with its South African cousin which is more harmful and elusive. If nothing else, it shows that the fight to hold back viral infections and the Covid-19 disease must take place on a global stage.

The language of mutant viral infection and disease is dark and ominous. Yet it is describing something that is essentially human – or perhaps the fact that humans are essentially viral. 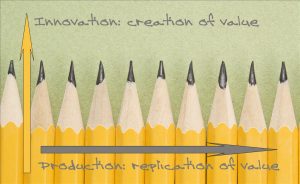 In Chief-Exec.com we have described human activity, in economic and social terms, as being a mix of photocopier and artist. The former concerns itself entirely with the copying of information, the latter creates information that is entirely new.

The information that the artist creates is attributed a value through its recognition and acquisition by afficionados and consumers. We have asserted that innovation is the act of making information valuable. The photocopier replicates this information, producing and disseminating its value.

In fact, all human activity mixes innovation and production to varying degrees. It is a vector.

Value creation is not a smooth endeavour. It is jumpy or what scientists dub ‘stochastic’. Go into any shop and your appreciation of the value of all items displayed will vary from being revolted to riveted. Each perception of good value, or more precisely the information that makes you realise how much you need the item concerned, will determine its sale.

In Chief-Exec.com we have employed a character from 19th century physics – Maxwell’s Demon – to probe into this act of acquisition when perceived valued exceeds a price so that a ‘sale-event’ can occur. This is the fundamental event of our economic society through which producer and consumer interact and an exchange occurs.

And it is no different for the coronavirus. For producer see an infected person, for consumer see a person ready to be infected, for sale-events see episodes of infection as in each there is a stochastic transfer of information, whether it be the object of the sale or the genetic code of the virus.

A virus is in large part a photocopier of its own genetic information – although it needs to plug itself into infected humans and other living hosts to find the energy to do this.

The innovator alter-ego of the coronavirus has created a key to unlock a door called the ACE-2 receptor to gain entry into the cells the virus infects. It is the spike that appears on the well-known images of the SARS-CoV-2 virus. It is also a site where changes can occur by chance, as the viral photocopier is not quite perfect. This is innovation on a viral scale.

When a virus is reproducing, mistakes copying its genetic code create new information that appears in mutant forms. In its randomness, the vast majority of these new defects will be worthless and the new mutant will not survive. Almost half a million genetic mutations of SARS-CoV-2 have been registered on the GISAID database. A few of these variants – the valuable ones – enable the virus to flourish and become a dominant strain.

In the coronavirus, genetic information is made more valuable through innovation so it is able to infect more people, more easily. On the human side, the information encoded in new vaccines is made valuable to the degree that it prepares a recipient’s immune system to block infection and inhibit replication of the virus.

What does the future hold? It will depend on the balance of these opposing forces. Viral mutations will flourish in environments that encourage the natural selection of the fittest. Individuals with compromised immune systems and ineffective vaccination campaigns which give a chance for stronger mutations to persist can do this. On the other hand, new mRNA vaccines bring the opportunity to act quickly to combat any new variants. It is combat by innovation.

And on either side it is a case of innovation making information valuable.

‘Consumptivity’: the heartbeat of a modern economy

Q and A with Paul Jackson, outgoing chief executive of Engineering UK

The big read: Plant gene – turn on, tune in, or drop out?