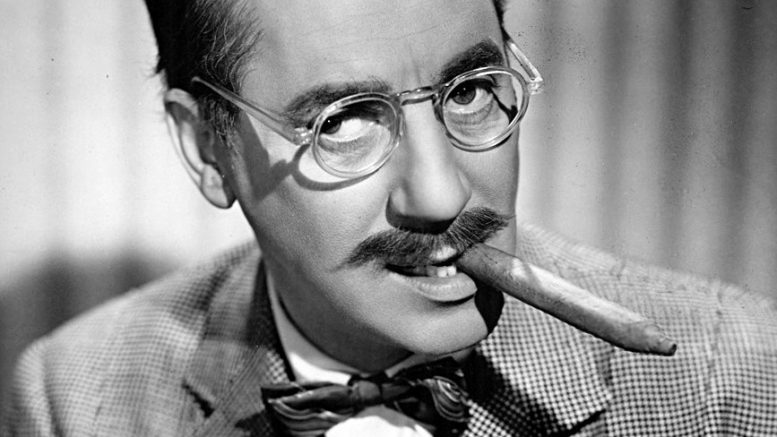 Groucho Marx : illogical and funny but somehow striking a chord of truth.

Groucho Marx famously said that he didn’t want to belong to any club that would accept him as a member.  That’s a typical Groucho-ism: illogical and funny but somehow striking a chord of truth. I think it says something about what we expect from the groups, teams and communities we join, and hence why we join them – and why we leave.

For most people, the organisation they’re employed by is also a community they belong to and their feelings towards it affect their quality of life profoundly.

Having the ability to survive alone is useful. But for most of us, life is much better if we have companionship and, especially, co-operation. In the age of machines we forget how much more powerful groups are than individuals. Look at ancient monuments like Stonehenge, the pyramids or massive earthworks and you can see what can be achieved when you have many people and the simplest technology. So do we no longer need to join groups now that we’ve got machines to dig holes and to make things?

Well, there are other benefits besides building pyramids:

The list of rewards I’ve just run through is actually Maslow’s Hierarchy of Needs, and membership of a family or tribe ticks all of the boxes. Potentially, you get everything from basic, physical needs all the way up to personal growth and fulfilment by being on the inside.

There’s always a cost though. You have to commit time and effort to group activities, even those that you aren’t that interested in or approving of. (Taxation may be an example of this!)

And you have to accept certain restrictions on your personal freedom, sacrificing some of your independence and individual identity. In fact the group you belong to usually defines you to an extent – from the football team you support through to your nationality. And it’s no accident that we use the language of identity in relation to group membership: I am a United supporter or I am English rather than I support United (an action) or I was born in England (historical event).

Over the years I’ve joined and left quite a few professional and community organisations. Typically, I joined because I thought I was going to be doing things I enjoyed or because I thought my career would benefit. I left when the group no longer gave me enough reward (usually intangible) to be worth the effort involved in participating. Or membership became increasingly uncomfortable, feeling less sense of belonging, to the point that I was “moved to move”: typical away-motivated behaviour.

Is this what the Brexiteers have expressed about the European Union?  It’s not worth the effort and/or we no longer identify with the group?

When the “Gang of Four” broke away from the British Labour Party to form the Social Democratic Party in 1981 they were objecting to certain changes in Labour policy. Ironically, one of the policy issues was Labour’s new commitment to withdraw Britain from what was then called the European Economic Community. So the rebels left the party to object to leaving the EEC!

More familiar than political disagreements, the trauma of the end of a relationship, bereavement or retirement from work generates the same range of emotions. Then it’s tempting to move away from all the things that remind you of what’s missing and, perhaps, somehow to regain the initiative in your life. That’s usually a mistake since by moving you also leave behind all of the other familiar, comfortable things that sustain you.

Humans are tribal beings. If we leave one group we will look for another to join. Our deepest needs drive us to seek the companionship, comfort and security of a “family”. And you can’t put a price on any of that!

Other articles associated with today’s editorial are:-

Editorial:  The science of Brexit behaviour

The psychology of government by Geoff Kitney

Political regret you just have to live with by Geoff Kitney

The psychology of government

When the worm turns How we reinforce past choices

The science of Brexit behaviour

Leadership and the power of metaphor