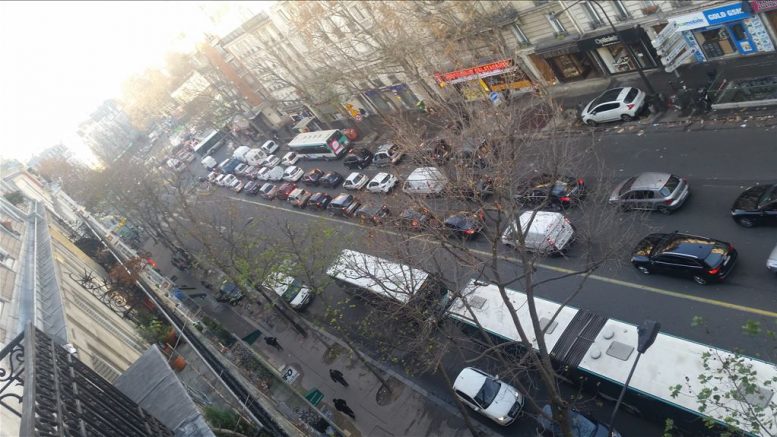 Polluting particles: cities, including Paris, will remove diesel vehicles by 2025

It is mostly invisible but its effects on human health are pervasive. Air pollution kills 400,000 people prematurely across Europe each year, and is considered to be the primary environmental threat to life. But the regulatory focus on CO2 emissions has perhaps clouded the bigger picture on airborne poisons.

This year 17 European Union countries have reported levels of particulates, also known as particle pollution, that exceed regulatory limits, with infringement procedures instigated against the UK, Portugal, Italy, Spain, Germany and France, and more to follow.

The European Environmental Agency lists a number of sources of air pollutants:

The European Parliament has voted to lower the thresholds for six main air pollutants for the period 2020 to 2030 (see above). But the path to cleaner air is not without obstacles. The lobby from industry and farmers will make member states think twice before adopting measures wholesale, with economic effects foremost in their minds. Eastern European countries, in particular, still view fossil fuels as vital, providing cheaper heat and power than modernised gas supplies and renewables.

“The political backdrop has changed dramatically over the course of the last three years, with the issue of air quality coming up the public agenda to an unprecedented level, in combination with the VW scandal and the issue of real driving emissions,” said MEP Julie Girling late last month. “I believe strongly that this vote is a step in the right direction. It is not a perfect solution, but it will go a long way to make important health improvements for our citizens.”

Brussels says the measures will reduce the detrimental health effects from air pollution by 50 per cent by 2030.

The motor industry has sought technological solutions to the tighter stipulations on exhaust emissions and fuel economy. After the recent revelations that it was manipulating test results for its diesel engines, Volkswagen has embraced electric vehicles. The car group showcased its “I.D” range at the Paris motor show this year.

“In 2020, we will begin to introduce an entire family of electric vehicles on the market. All of them will be based on a new vehicle architecture which was specially and exclusively developed for all-electric vehicles. Not for combustion or plug-in hybrid vehicles,” said Herbert Diess, chairman of the board of management at the Paris motor show in October.

In England, about 25,000 people have their lives shortened by air pollution each year, according to the National Institute for Health and Care Excellence (NICE). The effects often manifest as lung disease, heart attacks, asthma and strokes.

The Institute has just announced practical recommendations aimed at local councils. The public health watchdog wants drivers to switch off engines while idling, for example, parents waiting for children outside schools; more congestion charging in cities; a ban on speed bumps because of the fumes released as engines move down the gears; and they want housebuilders to site living rooms at the back of houses that face busy roads. They have also suggested variable speed limits on motorways, to encourage a “smoother” style of driving.

Such proposals raise questions over costs to the taxpayer and the practicalities of implementation, and will be viewed as patronising by motoring groups.

“Longer journey times would reduce access to jobs and make shopping and leisure trips far less convenient. Environmentalists and public health lobbies are using exaggerated pollution fears to launch a new front in their war on the motorist,” said Richard Wellings at the Institute of Economic Affairs think-tank.

And the English measures do not entirely please environmental groups.

“Action is needed both to ensure vehicles on the road are clean and that there are fewer of them. Diesel vehicles, which are the most polluting, must be phased out and our transport and planning policy needs a radical overhaul,” said Jenny Bates at Friends of the Earth. “We must deal with the real crux of the issue and reduce air pollution levels.”

Separately, Paris, Mexico City, Madrid and Athens have just announced that they will remove diesel vehicles from their cities by 2025. The capitals plan to incentivise alternative vehicles and promote walking and cycling infrastructure.

“[London’s mayor] Sadiq Khan should follow suit and commit to phase out diesel vehicles from London by 2025,” said Ms Bates.

Vaccine nationalism: the dangerous next phase