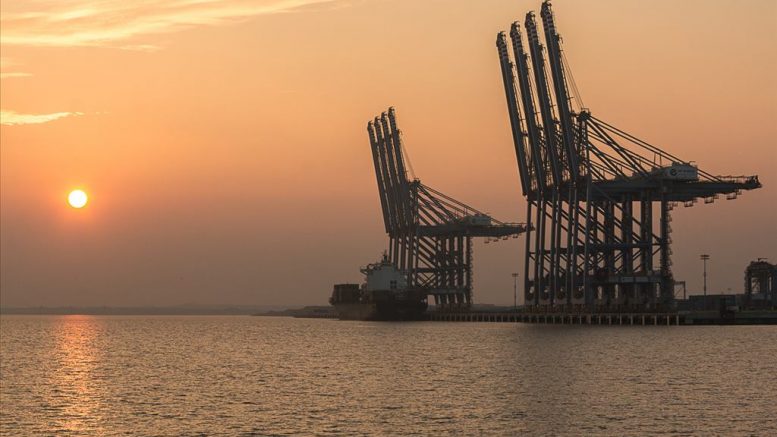 Sunset on global trade? US president Donald Trump plans to do deals with countries he likes. ©Christine Matthews

It has been said that if you ask 20 economists to solve a problem you will get 20 different answers, but on one subject there is almost unanimous agreement: free trade is good.

The age of globalisation, of which the tearing down of barriers to the movement of goods, services and labour have been the hallmarks, has seen global prosperity rise dramatically and global poverty decline to historically low levels.

Until relatively recently, it appeared that this was an “end of history” transformation. It was widely assumed that the liberalisation of trade was an irreversible norm of economic policy and politics.

After a decade or so (since the global financial crisis) in which this assumption began to be questioned – with the stalling of the Doha multilateral trade negotiations and the increasing resort to exclusionary regional and bilateral trade deals – the election of Donald Trump to the presidency of the United States has raised the possibility that the world is about to retreat to the age of beggar-thy-neighbour protectionism.

Trump’s thundering condemnation of “unfair” trade deals, which he says have turned American factories into tombstones, and his declaration that he intends to put “America First” in all matters, especially trade, are shaking the foundations of assumptions which had underpinned the process of globalisation since the end of World War II.

It seems likely that the Trump era will see the architecture of global trade change fundamentally.

While economists are convinced that the transformation of global trade that has been brought about by rapid technological change cannot be reversed, they also accept that the world’s greatest superpower going rogue on trade and protectionism could be extremely disruptive.

The disruption could be on a scale that will revive dangerous strategic tensions and, potentially, lead to conflict.

While Trump has said that he is not anti-free trade, but that he prefers bilateral agreements in which American interests can be more easily protected, the prospect of the United States smashing existing multilateral and regional trade agreements to replace them with bilateral free trade agreements (FTA’s) that “put America first” offers a chaotic vision of trade in the Trump era.

This is especially because Trump is promising that, at the same time as he seeks to do trade deals with countries he likes – starting with Japan and the United Kingdom –  he intends to erect barriers to countries he does not like – starting with Mexico and then China, where a potentially nightmarish trade war could be on the cards.

The likely disruptive consequences of Trump’s trade agenda are already being felt in the Asia-Pacific region following his first-day executive order to kill the Trans Pacific Partnership.

The TPP was more than a trade agreement. It was seen as a strategic instrument by key partners – the US, Japan and Australia – and a means of locking American power and influence into the Asia Pacific as a counterbalance to China’s ambitions to expand its power.

With America out and the TPP effectively collapsed, China has moved quickly to fill the void by promoting the RCEP (Regional Comprehensive Economic Partnership) as an Asia-Pacific-wide trade agreement.

China sees the RCEP and its Asia Infrastructure Development Bank (a $100 billion investment bank to fund development in the Asia-Pacific region) as giving it a greatly enhanced strategic stake in the region.

Australian attempts to urge President Trump to take into account the strategic importance of the TPP were bluntly rebuffed. Australian officials said President Trump seemed only interested in the domestic politics of using the axing of the TPP to show that he was going to fight to save American jobs.

“The fate of the TPP is pretty clear proof that we can no longer expect American leadership in global trade,” an Australian official told Chief-Exec.com.

How much the Trump administration can achieve in shifting from multilateral and regional trade agreements to new bilateral agreements in its first term is open to question. Negotiating new deals is a much more difficult process than dumping existing deals, as the UK is about to find out as it leaves the European Single Market and looks for trade deals to replace it.

But, as the accompanying table shows, the reshaping of the existing world trade order is already under way.

Have you got your Brexit parachute on yet?

‘Free’ trade with the US could prove costly